Fantasia Heroes is a game which is offered by the LYTO MOBI one of the best company of the role playing games. The game which is similar of this game is the Summoners war. The game is having the stunning 3D graphics which comes in the cosmic RPG action. The gamer can gather all the hero characters of the game in the Fantasia world and also they can power up the abilities for become the greatest heroes and the can kick out all the evils from this world. in the game the gamer will get the endless adventure during the game because this game is consist of epic adventures during the game travel.
There are a lot of hero character in the game Fantasia Heroes and all of the characters are differ and massive in their powers. The gamer can collect many heroes in their team to for the fight against the evils the game gamer can upgrade their heroes in their own way as per the capability of the heroes. There are more than 100 hero characters in the game which the gamer can choose for their team. By the help of the PvP features in the game the gamer can fight easily with their friends in the arenas of the PvP battles. 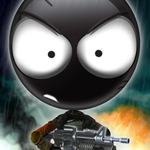