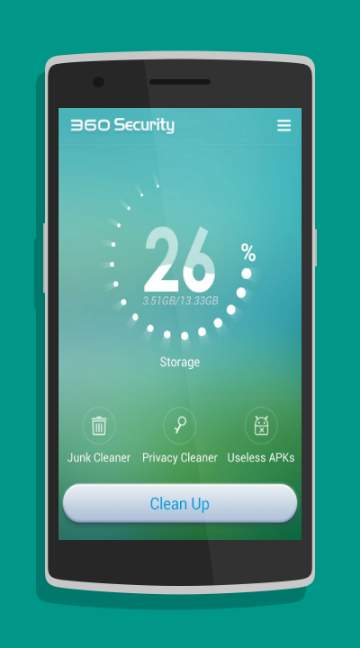 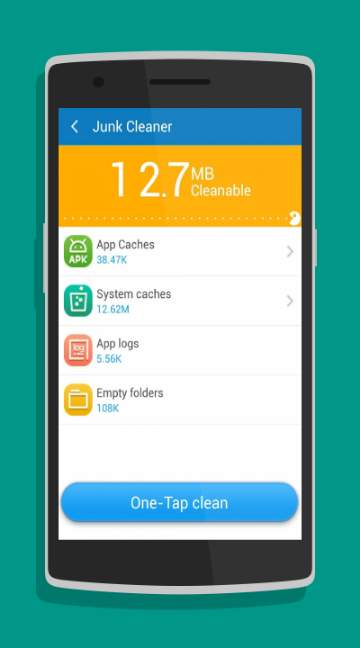 To have a smartphone without a protector is not a good idea. And if you could get a protector that not only secures your mobile data from viruses and malware, but also boost your smartphone?s ability, it would be the best gift to your phone from you. 360 security is the best option if you are searching for a guard for your smartphone. This is a special type of application to speed up and clean your Android device.
Why you should install?
360 security has a pretty face, which can attract users easily. One can slide smoothly between the Antivirus section, Boost and clean section of the application. This app owns a bold Android Lollipop based design with slick transitions, full of block colors and gorgeous animation. 360 Security?scans your Android device?for viruses, malware, and system vulnerabilities and also boost the performance?of your device by freeing up memory and cleaning app caches. So it can be easily said that?360 Security is a speed booster, and antivirus app which can optimize your background apps, memory space, junk (cache) files and battery power and protect your device from virus, Trojan, adware, malware and more.
Let?s have a look on the features:-
Antivirus and Security: - 360 security scans all installed apps and new apps automatically. It scans your smartphone?s memory card contents. Thus protects your device from any type of hazards like virus, malware, Trojan etc.
Power saver: - It knows when to trigger its clean feature, and saves your device?s power when you need really need to save it. According to the app developers, 360 security can increase battery efficiency for Samsung and Motorola devices by 52.7%, for LG devices, it is 42.8%.?
Junk cleaner: - Another simple and one tap option to clean useless Android system files, large files and caches, created by some apps. Options are available so that you can select the files you are required to retain or remove. This gives an instant speed boost to your Android performance.
Boost: - 360 security one tap solution allows you to remove apps from active memory without delay! Thus, it can boost your phone?s memory.
Anti-theft: - It is another wonderful feature provided by 360 security. If you lost your phone, a bunch of features like Erase, Alarm, Locate and Lock are there to assist you to retrieve the lost device using google account. It protects your personal data too.
Privacy & App Lock:? 360 security locks individual apps to protect them from wrong people when the devices are unlocked. It protects data on the device such as SMS, photo albums, and other important and private documents too. You can set the blacklists to identify the spam text messages and calls by using this app. You will get notification to access the options to boost the device performance, recent apps, clear caches, etc. You can configure your own shortcut too.
Real time protection:- 360 security shows the chart of storage space utility along with the APK manager, app uninstaller, and SD Card management tools. You can also set data plan limit to avoid the extra bill So this good looking, easy to use app has so many attractive features for your smartphone. Being a proud owner of ?Swiss Army Knife? of security and optimization tools, it is really the ultimate solution for you. The updated version provides you a drag and boost with a floating widget feature and an Auto start manager that prevents background apps from auto running. Though it reports false alert, sometime, it is a must have app for all Android users. If you are not using 360 security, give it a shot.